Sri Lankan cricketers away from IPL matches in Chennai. 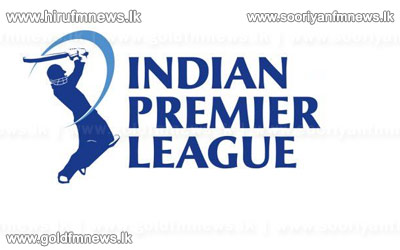 The IPL Governing Council decided to keep Sri Lankan cricketers out of Chennai in view of the opposition from Tamil Nadu Chief Minister Jayalalitha.

This decision will make Sri Lankan cricketers skip the matches to be held in Chennai.

However, Minister of Sports Mahindananda Aluth Gamage states that the participation of Sri Lankan players in the IPL would only be confirmed if India guarantees their safety.

Expressing his views to our news team Minister of sports Mahindananda Aluthgamage expressed the following views in this regard.

Meanwhile, Sri Lanka Cricket has received assurances that the BCCI will take all necessary steps to ensure that Sri Lankan players feel safe and action will be taken to ensure that the players' safety is paramount.