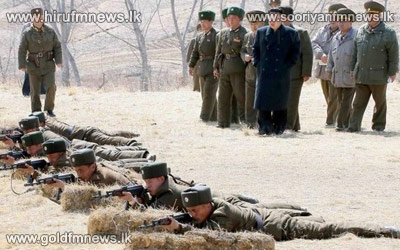 North Korea says it has ordered artillery and rocket units into "combat posture" to prepare to target US bases in Hawaii, Guam and the US mainland.

The Pentagon condemned the threats, saying the US was ready to respond to "any contingency".

South Korea yesterday, marked the third anniversary of the sinking of the

Cheo-nan ship, in which 46 sailors died.