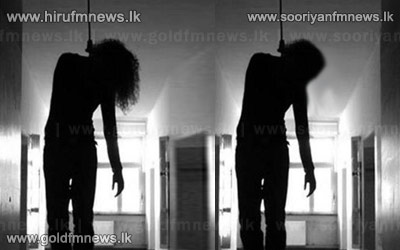 The bodies of a couple who had committed suicide several days ago by hanging themselves have been discovered in an abandoned house in the Rotawewa – 10 acre village.

The police media unit stated that the bodies were discovered following an inquiry based upon information given by the villagers stating that a bad odor was emanating from the house.

The police stated that by the time the bodies were discovered the bodies had already begun to decompose.

The couple has been identified as residents of the Rotawewa region itself and the police further stated that the 27 year old male had been married and had deserted the air force.

Investigations had further revealed that he had been married to the elder sister of the deceased female.

The police media unit state that further investigations are being conducted by the Minneriya police.