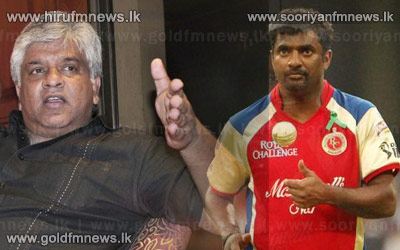 Former Sri Lankan skipper Arjuna Ranatunga stated that at a moment where two Sri Lankan players have been removed from the IPL the other players also should refuse to play in the IPL.

Speaking further Arjuna Ranathunga had this to say….

Meanwhile, Royal Challengers Bangalore's Muttiah Muralitharan is disappointed after the BCCI decided to keep Sri Lankan players away from the IPL matches in Chennai over anti-Lankan unrest in Tamil Nadu.

Muralitharan reminiscing his own experience said he never felt out of place as a Tamil native in a Sri Lankan setup.