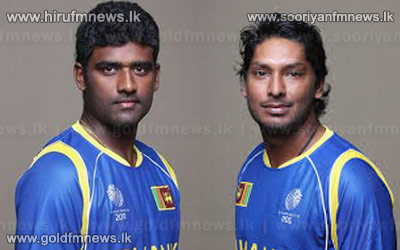 The chairman of the Sri Lanka Cricketers Association Ken De Alwis states that despite being removed from the games being played in Chennai, the Sri Lankan cricketers have expressed willingness to play in the rest of the IPL games.

Secretary of Sri Lanka Cricket, Nishantha Ranatunga also stated that since Sri Lankan cricketers have signed the contracts they will play the relevant matches.

However, Minister of Sports Mahindananda Aluth Gamage states that the participation of Sri Lankan players in the IPL would only be confirmed if India guarantees their safety.

Expressing his views to our news team Minister of sports Mahindananda Aluthgamage expressed the following views in this regard.

Meanwhile, an Indian Premier League team owned by the grand-nephew of party chief M Karunanidhi has two Sri Lankan players, including the captain.

Now people in the city suggest Kalanidhi Maran sack the two Lankan players on his team.

DMK leader and actor Khushbu said she was "sure the Sun Group will take a call on this issue.