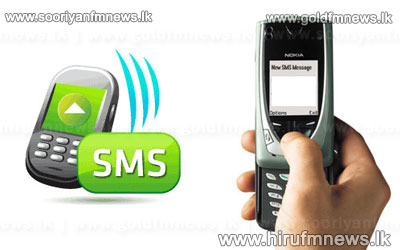 The Criminal Investigation Department has initiated an investigation regarding individuals who are sending text messages that are inciting racial and religious hatred amongst the public.

The police media unit stated that the CID has received complaints that text messages are in circulation that are inciting racial and religious hatred.

Two persons have been arrested regarding this as of now.