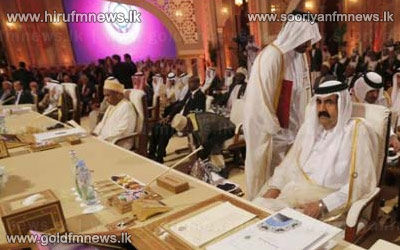 Arab League leaders gathered for an annual summit in Doha and gave member states the "right" to offer Syrians all means of self-defence, including arms supplies.

The Arab summit affirms the "right of every state to offer all forms of self-defence, including military, to support the resistance of the Syrian people and the Free Syrian Army," a resolution said.

However, "efforts aimed at reaching a political solution to the Syrian crisis are a priority.

The Damascus government charges that summit host Qatar and heavyweight neighbour Saudi Arabia have long since been arming the rebels.