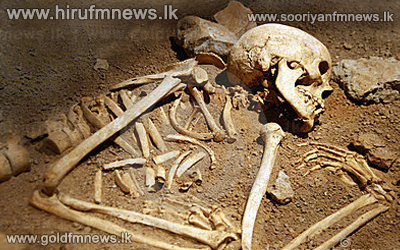 According to the report of the investigation carried out with regard to the mass grave found in the Matale hospital ground, it has been revealed that the grave belongs to the period from 1987 to 1990.

The report on the investigation the Kelaniya University postgraduate Institute of Archaeology  carried out on the Matale mass grave was presented to the Matale District Court yesterday.

The above  statement about the period to which the mass grave belongs was made by Matale Additional District Magistrate after considering the said report.

After beginning these excavations on Novemeber 23rd last year, from time to time 154 human bone fragments were found at the excavations.

A special investigation was carried out with the rise of a suspicion that this could be connected with a series of criminal acts.

A team including Kelaniya University Postgraduate Institute Professor Raaj Somasiri  carried out an investigation with regard to the mass grave.

The task assigned to them was to study as to what period the said bone fragments and other objects belonged.

According to this assignment the team carried out these investigations and submitted a report to court yesterday.