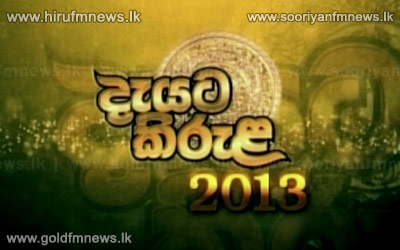 It has now been revealed that about 40 million rupees have been swindled by not following due procedure in carrying out development and coordinating activities of the 2013 Deyata Kirula National Exhibition held in Ampara.

Accordingly the CID informed the Colombo Fort Magistrate’s Court yesterday that investigations had begun with regard to complaints lodged against an officer who had served as a CEO at the ‘Deyata Kirula Secretariat.

These investigations were initiated in accordance with a complaint lodged by the Telecommunication and Information Technology Ministry.

Accordingly the CID has requested the court to prevent the officer from leaving the country.