Assad urges BRICS to help 'stop the violence' in Syria 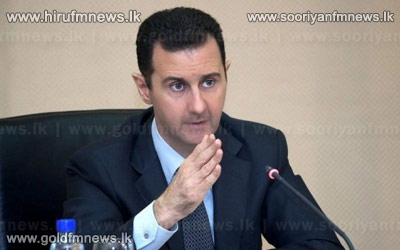 Syrian President Bashar al-Assad urged BRICS nations to help "stop the violence" in his country and end the suffering of his people, which he blamed on international sanctions.

His plea came as rights watchdog Amnesty International said the world must press all parties to the conflict -- which has killed an estimated 70,000 people since March 2011 -- to "end war crimes and crimes against humanity."

Almost four million have fled, either into neighbouring countries or within Syria, over the last two years, as an initially peaceful uprising has given way to a civil war that lately appears to have reached a bloody stalemate.