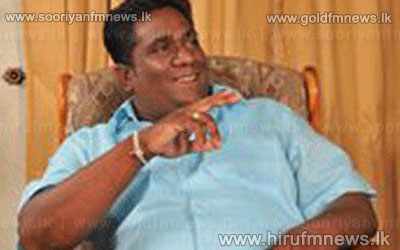 The Mahara Magistrates Court today ordered that the son of Sarath Kumara Edirisinghe alias ‘Singapore Sarath’ is suspected to be instrumental in the murder of Kalaniya Pradeshiya Sabha Member Hasitha Madawala be placed under arrest immediately upon his arrival in the island.

This order was issued by Chief Magistrate Sahan Mapa Bandara when the case in this regard was taken before courts today.

The Criminal Investigations Department informed court today that the firearm utilized in the attack had been sent to an individual identified as Sujeewa Rangana Kumara from abroad by the son of Sarath Kumara Edirisinghe.

Incidentally Sujeewa Rangana Kumara has been identified as the prime suspect who is believed to have carried out the execution.

UPFA Kelaniya Pradeshiya Sabha Member Hasitha Madawala was executed before his home on the 06th of last January.