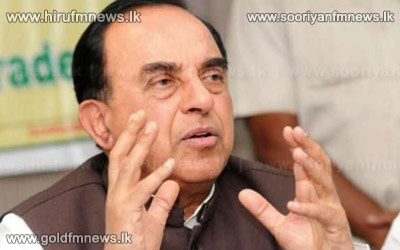 He said the scurrilous remarks of MDMK leader Vaiko against the High Commissioner of Sri Lanka Prasad Kariyawasam is an offence under Sections 124 A and 125 of the Indian Penal Code.

Vaiko had yesterday sought criminal prosecution of the Sri Lankan envoy under sedition charges for allegedly trying to instigate north Indians against the people of Tamil Nadu.

Swamy said in a statement that The Tamil Nadu Police must immediately register a suo motu FIR against Vaiko, arrest him for custodial interrogation and launch his prosecution.