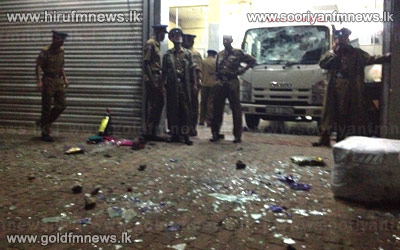 Police Media Spokesperson SP Buddhika Siriwardhana states that the suspects behind the vandal attack on a building in Pepilliyana have been identified.

He also noted that a special police team had been assigned to investigate the incident under the guidance of Senior DIG of the Western Province.

Police believe that they would be able to arrest the perpetrators shortly.

3 persons were injured during the incident which transpired last evening, while the police as well as the members of the Special Task Force were deployed for additional security.

However head of the Bodhu Bala Sena Organization Venerable Kirama Wimala Jothi Thero denies any involvement of his organization in the attacks.