US 'prepared for any eventuality' from N.Korea 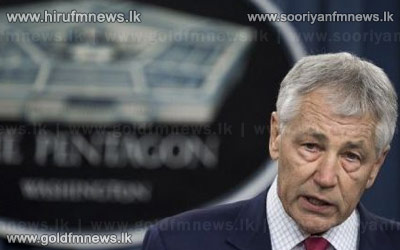 Defence Secretary Chuck Hagel said  that the United States was "prepared to deal with any eventuality" from North Korea and warned that danger from Pyongyang was on the rise.

Tensions have risen sharply with North Korea, which in recent months launched a long-range rocket, tested its third nuclear bomb and threatened to attack US bases in the Pacific as well as the US mainland.

The B-2 overflights were considered a major step as the United States rarely publicly announces such tests, which anger Pyongyang.

General Martin Dempsey, the top US military officer, said that the decision to send the B-2s was more about South Korea and Japan.