Suspects of Pepiliyana incident will be arrested irrespective of stature; Police 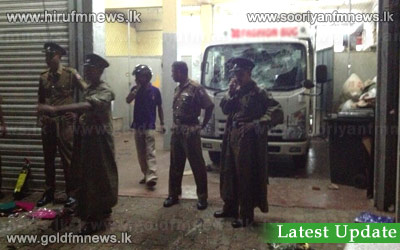 A group had vandalized a building in Pepiliyana last night, inflicting injures upon 3 individuals.

A provincial correspondent attached to our news team had also been assaulted by the enraged mob when he had arrived at the location to cover the incident.

4 police teams under the leadership of Senior DIG Anura Senanayaka are conducting investigations into the incident.

Speaking to our news team, Senior DIG Senanayaka stated that a personal dispute had lead to the incident.

He further stated that all parties involved in the incident will be arrested regardless of their standing.

Against this backdrop the Bodhu Bala Sena Organization had convened a media briefing today.

The following are views expressed by the Secretary of the Bodhubala Sena Venerable Galagoda Aththe Gnanasara Thero.

Moreover Propaganda Secretary of the Front Line Socialist Party Pubudu Jayagoda also expressed the following sentiments in this regard.