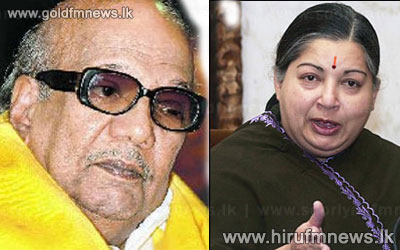 DMK President M Karunanidhi yesterday stated that pulling out of UPA on the Sri Lankan Tamils issue has not changed anything for 'Eelam Tamils' though he insisted his party was not bothered about withdrawing support to the coalition.

Hitting back at Jayalalithaa for accusing him of duplicity on Lankan Tamils issue, he made a similar accusation against her.

Defending himself against Jayalalithaa's charge that he failed to do anything for Lankan Tamils, the 88-year-old leader said people of Tamil Nadu were aware of his activities in this regard since 1956, but did not elaborate.

On her charge that DMK will not like to "snap ties" with the Centre, he said she was waiting for an opportunity for the government to fall so that she "can become Prime Minister."