Intercity train fares to be increased from tomorrow 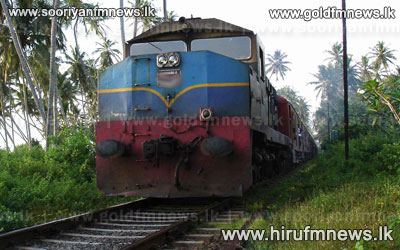 Intercity Train charges from Colombo to Kandy and Batticaloa to Anuradhapura will be increased with effect from tomorrow.

According to the Commercial superintendent of Railways G.W.S. Sisira Kumara fares for air conditioned sleeping cabins in the Udarata Manike train have also been increased from 750 to 1250 rupees.

Meanwhile the ticket price of the Colombo-Kandy observation deck has been increased to 1000 rupees with effect from tomorrow while the 2nd class tickets on the intercity service between Colombo & Anuradhapura has been increased from 380 to 480 rupees.

The Railways department also notes that reserved tickets on the same train would be revised from 450 to 500.

Speaking to our news team Commercial superintendent of Railways G.W.S. Sisira Kumara noted that the department does not plan on increasing general railway fares.