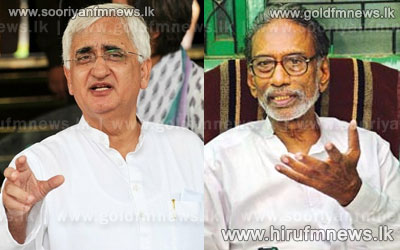 Tamil Nationalist Movement leader P Nedumaran has demanded the resignation of Indian External Affairs Minister Salman Khurshid for having rejected the Tamil Nadu Assembly’s demand to move a resolution in the United Nations Security Council against Sri Lanka, including a referendum on the creation of a separate Tamil Eelam.

Addressing a press conference Nedumaran condemned the Union minister for stating that a resolution could not be moved in the UNSC at the instance of just one State Assembly in the country.

He said that the statement of the Minister exhibited lack of knowledge about historical facts relating to India’s intervention in issues related to foreign countries.

The Deccan Herald newspaper points out that is has caused the biggest politico-diplomatic challenge for the Congress-led UPA Government.

It also stated that Nobel laureate Amartya Sen’s celebration of the ‘Argumentative Indian’ as enriching India’s ‘unity in diversity’, has gone for a tumble in Tamil Nadu.