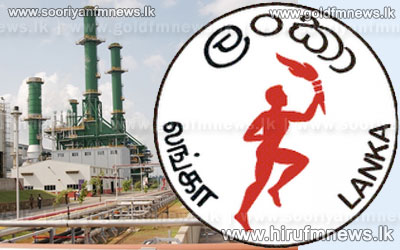 Around 100 megawatts of electricity has been cut off the national grid due to fuel not being supplied to the Kerawalapitiya power plant by the Ceylon Petroleum Corporation.

Chairman of the CEB W.B. Ganegala expressing his views to our news team noted that this situation had arisen subsequent to a notice issued by the CPC, in which it requested the CEB to obtain fuel through payments.

300 megawatts of electricity is synchronized to the national grid through the Kerawalapitiya power plant.

When contacted Managing Director of the CPC Susantha Silva confirmed that fuel supplies had been cut-off to the Kerawalapitiya power plant since the CEB as well as a majority of private power plants owed the CPC more than 60 billion rupees in backlogged payments.

Meanwhile the views of Minister of Petroleum Anura Priyadharshana Yapa were obtained in this regard by our news team.