Boycott IPL;Â­ Patriots request cricketers Cricket board prepares for a decision with cricketers. 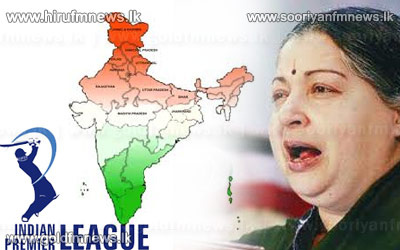 Sri Lanka Cricket is getting ready to hold a special discussion with Sri Lankan cricketers participating in the Indian Premier League tournament.

Sri Lanka Cricket Chairman Upali Dharmadasa told our news team that it hoped to hold discussions with the cricketers to arrive at a final decision since the IPL tournament is scheduled to begin within the next few days.

The Sri Lanka Cricket Chairman said further that this discussion would be held today or tomorrow.

Meanwhile, Dinesh Chandimal, Sri Lanka's T20 international skipper has rejected offers to play in the sixth edition of the IPL.

Chandimal was not among the 13 Sri Lankan players originally contracted to play in the IPL auction.

He is said to have rejected offers from Pune Warriors to fill in the void of the injured Australian captain Michael Clarke and from Delhi Daredevils to replace English batsman Kevin Pietersen, who is also injured.

His rejection came amidst controversy over the Sri Lanka players' participation in the Chennai matches of the IPL.

Meanwhile, The National Patriotic Movement says that the IPL tournament held in India should be boycotted if Tamil Nadu continues to exert pressure in various ways.

The NPM Secretary Dr. Wasantha Bandaara told our news team that the Foreign Affairs Ministry too did not seem to be working diplomatically at a time like this.