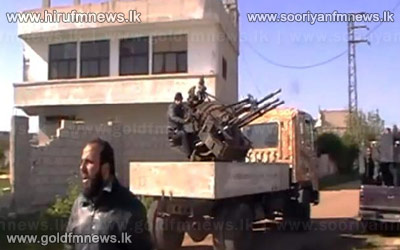 Fierce fighting between Syrian rebels and regime forces has sparked an exodus of residents from the Sheikh Maqsud district of the northern city of Aleppo.

Violence also engulfed areas in and around Damascus, where children were among 8 civilians killed in shelling of Kafar Batna village, while a missile slammed into Yarmuk Palestinian refugee camp in Damascus costing more casualties.

The Syrian Observatory for Human Rights watchdog also reported that at least 140 people, including 56 civilians, were killed nationwide on Easter Sunday yesterday.