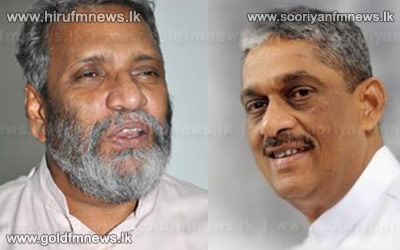 Speaking in this regard Sarath Fonseka noted that the Commissioner of Elections had notified him in writing that he had recognized the fire brand insignia as the official sign of his party.

While Ananda Manawadu acts as the parties General Secretary, parliamentarian Jayantha Katagoda has been appointed its Deputy Leader.

Expressing his views to our news team Sarath Fonseka noted that that his party would be contesting the upcoming provincial polls under the fire brand insignia.