10 players including Sangakkara, Mahela & Dilshan decide to take part in IPL; India is much more than Chennai & Tamilnadu says Sangakkara 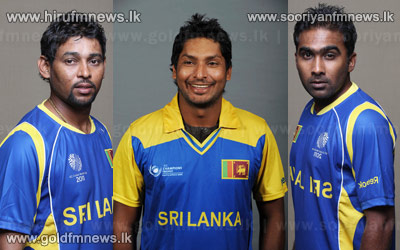 The Communist party of India said the Centre should respect the resolution passed in the Tamil Nadu assembly against Sri Lanka.

Meanwhile, Sunrisers Hyderabad skipper and Sri Lankan cricketer Kumar Sangakkara feels keeping the Sri Lankan players out of the Chennai matches in the sixth edition of the Indian Premier League is not going to “curtail” the spirit of the game.

The Lankan great was reacting to a query if politics has affected the participation of Sri Lankan players in Chennai.

He pointed out that “India is much more than Chennai and Tamil Nadu.

Speaking further Kumar Sangakkara stated that we are here to play cricket representing Sri Lanka and also on behalf of our franchise.

Sri Lankan cricketers selected to play for the Indian Premier League except Dinesh Chandimal, Nuwan Kulasekara and Akila Dananjaya have decided to participate in the tournament.