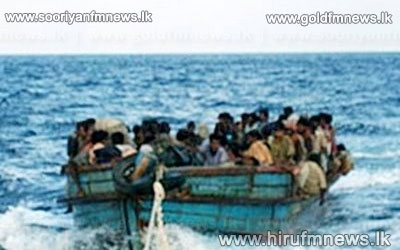 The Australian Emigration Authorities say that a change has taken place in the composition of countries from which immigrants come to Australia via sea illegally.

More Vietnamese and Burmese people are making the perilous sea journey to Australia than ever before.

Nearly 250 people have arrived from Bangladesh this year - the first time the country has appeared in official statistics.

Government records showed 1079 Iranians made the trip to Australia by boat in 2013, taking top place from Sri Lanka, from where 6428 people arrived in 2012.

Increased sea patrols by Sri Lankans authorities, as well as Australia's policy to return certain Sri Lankans who arrive by boat, appears to be having a significant impact on numbers, with just 95 arrivals so far this year.