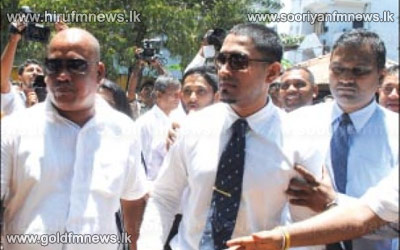 The Fort Magistrate acquitted all the accused including the son of Minister Mervyn Silva, Malaka Silva and Rehan Wijeyratne from the assault case of an Army Major on the advice of the Attorney General.

Four others were also acquitted of all accusations regarding this case.

The son of Public Relations and Public Affairs Minister Mervyn Silva, Malaka and others surrendered to the Slave Island police on September 17th over the alleged assault on the Major.

They were produced before Colombo Fort Magistrate and remanded until September 24th.

It was reported that the Army Major was injured and hospitalized after the assault which took place at a five-star hotel in Colombo on September 9th.

However, the Army Major, via an attorney, filed an affidavit before the Fort Magistrate on the 18th stating that he was not assaulted by Malaka Silva and agreeing to settle the issue.