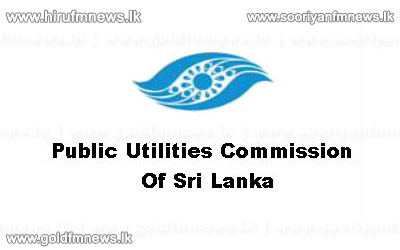 The Public Utilities Commission states that the obtaining of verbal opinions regarding the amendment of electricity tariffs is being conducted today.

Director General of the PUC Damitha Kumarasinghe stated that political activists, civil organizations, and the public has requested for this opportunity.

He further stated that based on verbal opinions and written opinions obtained earlier, a final report will be compiled regarding amending electricity tariffs in accordance with government policy.

The UNP is preparing to express its opinion verbally regarding the electricity tariffs.

Deputy General Secretary of the UNP Dr. Jayalath Jayawardena stated that he will be taking part representing the UNP.

The Ceylon Electricity Board is scheduled to present the proposal regarding the amendments to the electricity tariffs again to the PUC today.

Chairman of the CEB W. D. Ganegala stated that he will be presenting this report once again to the PUC.