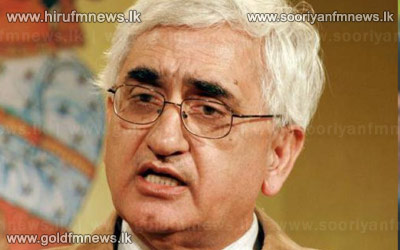 Indian Foreign Minister Salmaan Kurshid said that the Indian Government had taken a risk for maintaining the friendship with Sri Lanka without interruption.

In an interview with the Indo Asian News Service, Indian External Affairs Minister Salman Khurshid said that some groups wanted India to go much further.

The Indian External Affairs Minister said that India took the risk and took the responsibility of going only as far as they thought was the right thing to do.

He says he feels there is an appreciation in Sri Lanka on the stand India took with regards to the island nation.

India supported a resolution on Sri Lanka at the UN Human Rights Council but refused to accept a resolution adopted by the Tamil Nadu Assembly against Sri Lanka.

The Indian government also refused to bow down to demands to change India’s “friendly nation” status given to Sri Lanka.