Divisions in April Heroes Ceremony; JVP in Kurunegala - Front Liners across the Country 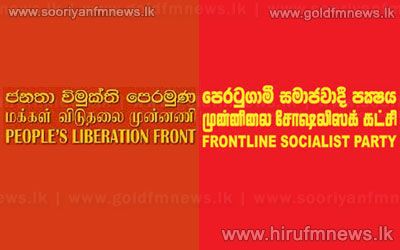 Since the ramification of the JVP in 2012 which gave rise to its splinter group the FSP, the 1971 April heroes are being celebrated separately.

Leader of the JVP Somawansa Amarasinghe expressing his views at a function held in Kurunegala today expressed the following views.

Moreover during a function held in Galle, Politburo Member of the FSP Duminda Nagamuwa expressed these views.