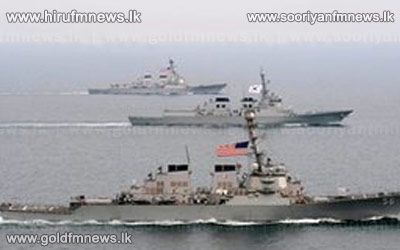 North Korea has told foreign embassies in Pyongyang it cannot guarantee their safety in the event of conflict, and to consider evacuating their employees.

Both Russia and the UK said they had no immediate plans to evacuate their embassies in the North Korean capital.

The North's move comes amid threats to attack US and South Korean targets.

South Korea has reportedly deployed two warships with missile defence systems after the North was said to have moved at least one missile to its east coast.