5 soldiers arrested for killing two deers and a rabbit 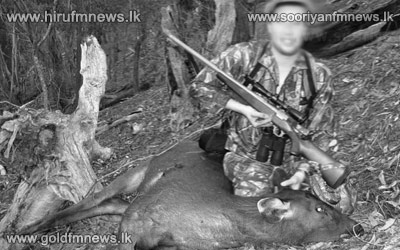 4 soldiers who had poached two deers & a rabbit in the Kanthale Wan-Ela area have been placed under arrest by police while they had been transporting the kill aided by another civilian.

The group had been placed under arrest adjacent to a road block in the Kanthale-Jayanthipura area.

The Wan-Ela police states that the group are to be produced before the Kanthale District Court later today.