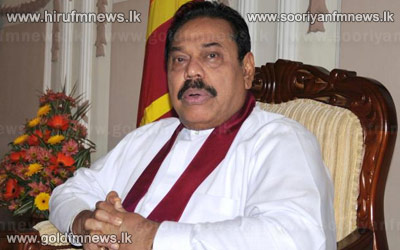 President Mahinda Rajapaksa has decided to appoint a commission to carry out a full inquiry into the Matale mass grave.

Presidential Spokesman said that this would be in addition to the police inquiry.

Wide discussions were triggered in the political arena requesting for a comprehensive inquiry following the discovery of the Matale mass grave with around 154 skeletol remains during excavations carried out for the construction of a bio gas unit at the Matale hospital.

Investigations carried out by the Post Graduate Institute at the Kelaniya University led by Professor Raj Somadeva had derived that the skeletol remains belong to the period of 1987-1990.

Meanwhile, Deputy Transport Minister Rohana Dissanayaka who represents the Matale District stated that public could forward information to him regarding those who disappeared during that era.

The Deputy Minister stated that the information will then be forwarded to the commission carrying out investigations in to the matter.