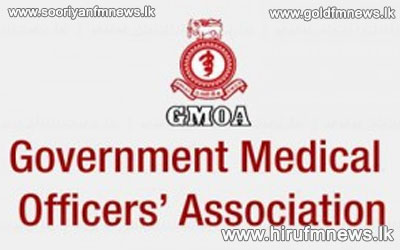 The parent association of the Government Medical Officers Association’s National hospital branch has decided to conduct disciplinary inquiries against 3 individuals who appeared before the media bearing false identities.

They had appeared before the media during the recent strike action which was launched by the GMOA’s National Hospital branch.

The GMOA earlier on charged that its national hospital arm had acted in contravention of its policies especially with effect to annual transfers.

Subsequently the GMOA decided to suspend the activities of its national hospital branch.

Hoever according to Dr. Nalin De Soysa, Media Spokesperson of the GMOA this decision had been adopted yet again during the GMOA’s Central Committee Meeting which was held yesterday.