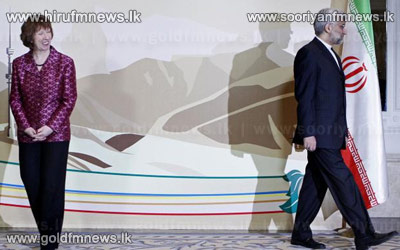 Iran and world powers met for the second and final day of new talks aimed at breaking a decade-old deadlock over Tehran's nuclear drive, with the clock ticking down on efforts to find a solution.

The two sides held an indecisive first day of negotiations in the Kazakh city of Almaty on Friday that ended with only an agreement to meet again and Western officials admitting the positions were still far apart.

They most notably failed to resolve the main issue on the table: whether Iran will accept curtailment of its nuclear programme in return for some relief on the sanctions that have hurt the Islamic republic's economy in the past two years.