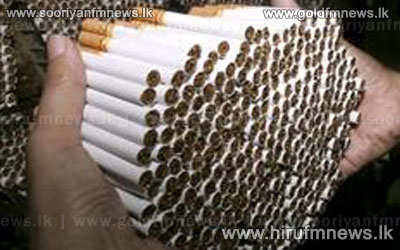 2 individuals who had illegally imported cigarettes into the country have been fined 670 million rupees.

The consignment which had been imported to the country on the 01st of this month is estimated to be worth 111 million rupees.

The two containers in which the stock had been imported were subsequently opened before its importers last Friday.

Since they had been unable to pay this fine they had been produced before the Colombo Magistrates Court today where the suspects were placed under remand custody.