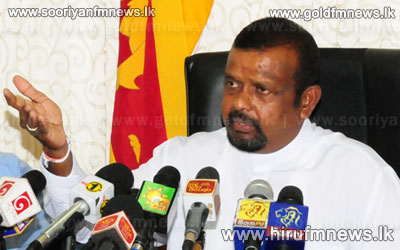 Deputy Minister S M Chandrasena states that the special presidential committee appointed to investigate the mathale mass grave should also focus its attention on the investigations on the executions carried out by the JVP during the 88 – 89 era.

Over 150 skeletal remains and human bones have been unearthed from the mass grave in Matale.

Forensics had determined that the remains were of those killed sometime in the late 1980′s and the area has now been marked as a crime scene.

10 skeletal remains were initially found from the site near the Matale hospital in November last year by construction workers when land near the hospital was being dug-up to construct a bio-gas unit.

Subsequently several opposition parties urged the government to carryout investigations into the finding.

Among parties urging the government to carryout investigations was the JVP.

Meanwhile Deputy Minister S.M. Chandrasena added that the JVP should bear responsibility for a majority of killings which occurred in the Mathale District during the 88-89 era.