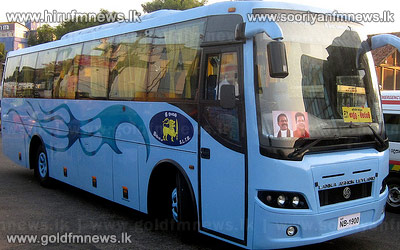 The National Transportation Board states that 13 brand news buses will be deployed to ply the Southern Expressway with effect from today aimed at facilitating commuter transport requirements during the upcoming festive season.

According to the Deputy Chairman of the NTB L.A. Wimalaraathna special bus services are to be implemented island wide in view of the festivities.

The police headquarter says that a special programme has been put in place for the safety of the people who come to the island’s main cities in view of the festal season.

Police Media spokesman SP  Buddhika Siriwardhana said that in particular more police officers in civvies had been deployed in this programme.

This programme has been put in place as a joint endeavor of the  CID, the Colombo Criminal Division, State Intelligence Unit and the islands’ other Police Stations.