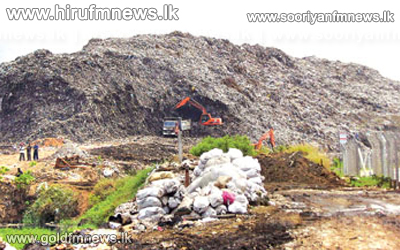 Talks held between officials of the Colombo Municipal council & the residents of the Meethotamulla-Pothuvilkumbura garbage mound ended in a deadlock today.

The meeting in this regard was held between area residents & CMC Urban Commissioner Badrani Jayawardhana & Senior DIG of the Western province Anura Senanayeke.

Although verbal assurance was provided that garbage would not be dumped from the 31st of December onwards at the premises, area residents demanded that it be provided via valid document.

Subsequent to having obtained advice from the Mayor of Colombo A.J.M. Mussammil the Urban Commissioner had refused to issue a written document.

An area resident of Meethotamulla Ruwan Bopage speaking to our news team added that area residents had walked away from the discussion table following this development.

When inquired Mayor of Colombo A.J.M Mussammil expressed the following views to our news team.