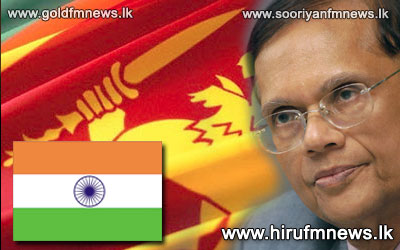 Issuing a communiqué the Foreign Affairs Ministry said that from time of gaining Independence the relationship between the two countries has by now grown wide and become further stable.

Sri Lanka reacted strongly to the recent Tamil Nadu assembly resolution against it, saying it was “disturbing” and asked the critics to visit the country to see the progress on the ground instead of going by “exaggerated” allegations of human rights abuses.

The Tamil Nadu Assembly had on March 27th, unanimously adopted a resolution urging the Centre to stop treating Sri Lanka as a friendly nation and to slap sanctions on it while demanding a referendum for a separate Tamil Eelam.

Dubbing the ongoing anti-Sri Lanka protests in Tamil Nadu as unfounded, the government said it was regrettable that sections of Tamil communities living abroad have resorted to sustained protests and calls for unfriendly measures against Sri Lanka, ostensibly to obtain political rights for Tamils in the country.

The statement said Strident demands to stop calling Sri Lanka a friendly country by some are disturbing and do not relate at all to the continuing friendship and cooperation between India and Sri Lanka that has stood the test of time and finds expression today in a multi-faceted relationship encompassing all regions of India and all aspects of modern life including substantive economic interaction.

Referring to allegations of human rights abuses levelled against Sri Lanka, the external affairs ministry said such allegations are based on hearsay, misinformation, misperceptions and ethno-nationalistic ideologies.