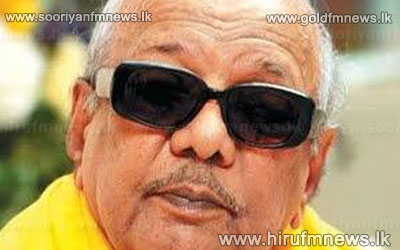 Whistle blowing web site Wikileaks has reveled of a threat issued by the LTTE in 1989, where it had intimidated DMK Patriarch Muththuveil Karunanidhi stating that Tamilnadu would be devastated with violence so that the provincial government of Tamilnadu would be brought under the jurisdiction of the Indian Centre.

A cable intercepted from the American Consul in Channai which had been sent to the American Embassy in New Delhi & the US State Department had contained this message.

According to Wikileaks this threat had mounted pressure on Karunanidhi, thereby coercing him to support the LTTE.

Issuing a communiqué the Foreign Affairs Ministry said that from time of gaining Independence the relationship between the two countries has by now grown wide and become further stable.