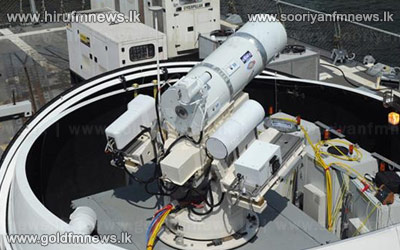 The US Navy said it is preparing to roll out a sea-based laser weapon capable of disabling small enemy vessels and shooting down surveillance drones.

The Navy said The laser system will be deployed in 2014, two years ahead of schedule, aboard the USS Ponce, an amphibious transport ship retro-fitted as a waterborne staging base.

Chief of Naval Research Admiral Matthew Klunder said the cost of one blast of "directed energy" could be less than 1 dollar.