Come see the truth - Adishtana Puja by the artistes this afternoon 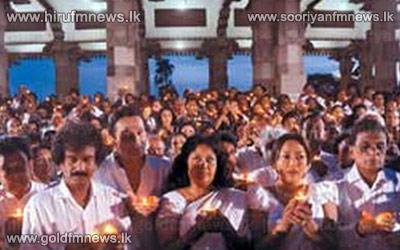 The National Organization of Sri Lankan Artistes has scheduled an adishtana puja themed “Come see the truth” at 4.30 this afternoon at the Independence square.

This puja has been organized as a non violent response against the protest held by South Indian Tamil actors in order to make them aware of the truth.

Veteran Actress Malini Fonseka, who is the president of the National Organization of Sri Lankan Artistes spoke to our news team and expressed the following views.

Meanwhile, the all party Indian delegation that is visiting Sri Lanka is scheduled to tour Kilinochchi today.

They visited several areas including Jaffna yesterday and day before and also observed the development projects that are underway in the North.

10 more persons have tested positive for Covid-19 (new coronavirus) infection.Nine were returnees from India and one was from Pakistan    Today... Read More