"Inaccurate" to say N Korea has nuclear missiles: US 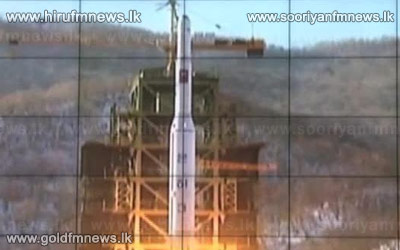 The United States insisted North Korea did not have nuclear-armed missiles as officials sought to play down a leaked intelligence report warning Pyongyang had likely succeeded in building atomic warheads that could be fit on a ballistic missile.

Pentagon spokesman George Little said "it would be inaccurate to suggest that the North Korean regime has fully tested, developed, or demonstrated the kinds of nuclear capabilities referenced in" the intelligence report.

Meanwhile, China appears "frustrated" with volatile rhetoric from its ally North Korea but is eager to see the regime stay in power as a "buffer state" on its border.