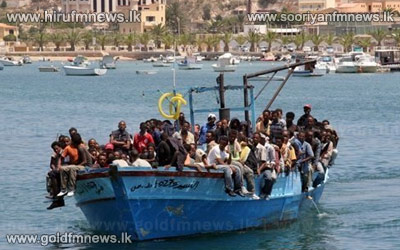 He also suggested officers on Customs and Navy boats in remote international waters would be given the job of deciding whether asylum seekers were genuine.

Senator Johnston said that the opposition would spend 1.5 billion dollars on seven drones and aim to have them patrolling Australia's waters and international waters within four to five years.

Senator Johnston was speaking after a boat carrying 66 asylum seekers arrived from Sri Lanka at the town of Geraldton on Tuesday, saying they were trying to get to New Zealand.

The group will be taken to Christmas Island to assess their claims.