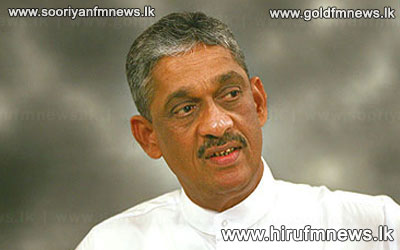 Former Army Commander Sarath Fonseka today rejected media reports to the effect that LTTE sea tiger leader “Soosai” committed suicide and said that he was killed during the last day of the war along with LTTE Leader Prabhakaran by the Army.

An Indian website has claimed that LTTE Sea Tiger leader Soosai had committed suicide during the final stages of the war.

The website, Athirvu, says Soosai swallowed a cyanide capsule and also shot himself using his personal weapon near the beach between Mullivaikal and Nandikadal on May 17th, 2009.