UNP to march to Geneva with concern to Rajarata kidney issue 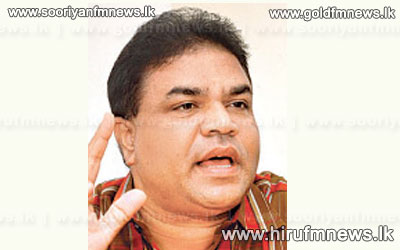 United National Party Parliamentarian P. Harrison states that if the government fails to address the kidney issue which is currently prevalent in the Rajarata region, the UNP is prepared to take the issue to the Geneva Human Rights Council.

The parliamentarian made this observation while addressing a function which was held in Anuradhapura yesterday.

Meanwhile Deputy Minister of Economic Development S.M. Chandrasena addressing a media briefing which was held at his home yesterday stressed that the President had advised him to take expedient steps to provide the public of the North Central province with portable water.

Recommendations submitted by the expert committee on kidney disease were recently approved before the advisory committee of the Department of Agriculture.

At present the most number of kidney patients have been reported from the Madawachchiya area in Rajarata, while the total number of reported patients from 2003 to 2012 stands at 1938.

Moreover the disease has also made its way through the Mathale district while the number of reported patients stands at 2500 individuals.