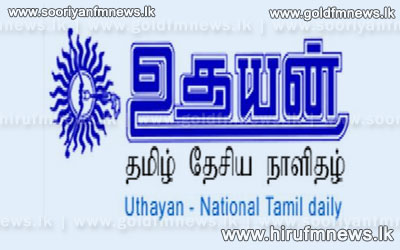 The Media Centre for National Security states that the arson attempt on the Udayan newspaper’s Jaffana office may be an effort of internal factions bent at tarnishing the image of the government.

According to Police Media Spokesperson SP Buddhika Siriwardhana, a team headed by a

Assistant Superintendent of Police has been deployed to investigate the incident.

Proprietor of the Udayan news paper TNA parliamentarian E. Sarwanabhawan speaking to our news team expressed the following views with regards to the attack which had taken place at around 4.45 this morning.