The auspicious time for partaking of the meals for the New Year after starting work and holding transactions was at 7.05 a.m 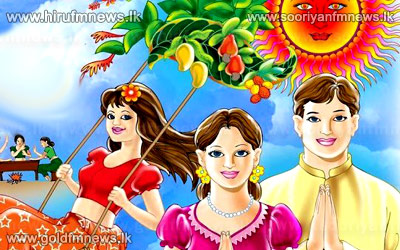 The entire nation is geared to greet the New Year which marks the transit of the sun from the house of Meena Rashiya to the house of the Mesha Rashiya.

This is a reminder for all those who are geared to make the New Year more meaningful by adhering to the auspicious times for the traditional New Year.

Therefore everyone should cease work during this period and engage in religious observances.

The most suitable time to light the hearth was at 4.06 a.m. attired in blue facing the South and cook milk rice mixed with ghee and jaggery and a sweetmeat with sesame.

The auspicious time for partaking of the meals for the New Year after starting work and holding transactions was at 7.05 a.m. attired in red and yellow mixed garments and facing the South.

The auspicious time for the anointing of oil for the New Year is at 6.41 a.m. on Monday and attired in white.

The auspicious time to leave for work for essential duties is at 6.53 a.m. on Monday April 15th, dressed in white and facing the East after partaking milk rice with a food mixed with milk.

According to astrologers, the auspicious time for leaving for normal duties is at 7.42 a.m. on Wednesday April 17th dressed in green and facing the South after partaking milk rice mixed with jaggery.