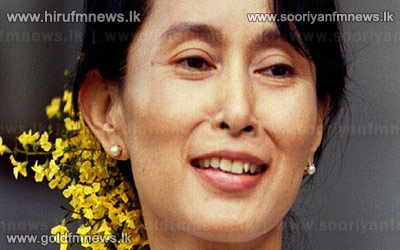 Myanmar's democracy hero Aung San Suu Kyi arrived in Japan, her first visit to the country where she spent time as a university researcher nearly three decades ago.

A group of well-wishers including Burmese gathered at Tokyo's Narita airport to greet Suu Kyi, now her country's opposition leader, but were denied the chance to meet her as she left through a backdoor.

During her six-day trip, she is expected to have meetings with some of the approximately 10,000 Burmese who live in Japan, as well as with Prime Minister Shinzo Abe and Foreign Minister Fumio Kishida.