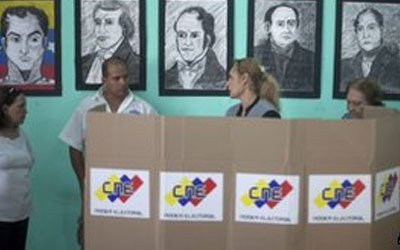 Venezuela is preparing to vote in presidential elections, called after the death of Hugo Chavez.

Acting President Nicolas Maduro, chosen by Chavez as his successor, is running against Henrique Capriles, currently governor of Miranda state.

On the eve of polls opening, he accused Maduro of breaking elections laws by continuing its campaign on state television.