CCTV cameras were not operational at the time of the attack on Uthayan newspaper office; Police 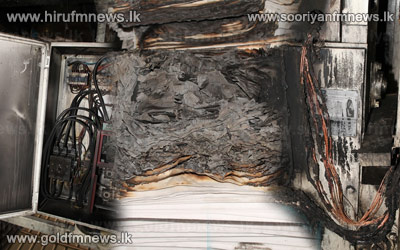 The Police states that no suspects have been arrested as yet with regard to the recent attack on the Uthayan news paper office in Jaffna.

Police Spokesperson SP Buddhika Siriwardhana stated that police investigations had revealed that at the time of the incident CCTV cameras at the Uthayan office had not been operational.

3 Police teams have been deployed to carryout investigations.

Since the year 1987 over 25 attacks have been carried out on the Uthayan newspaper offices.

However Director General of the Media Centre for National Security Lakshman Hulugalle cast doubt that the attack may be the work of an insider group.